The winery was born in León, in the Paramo region, as a result of illusion, commitment and hard work. 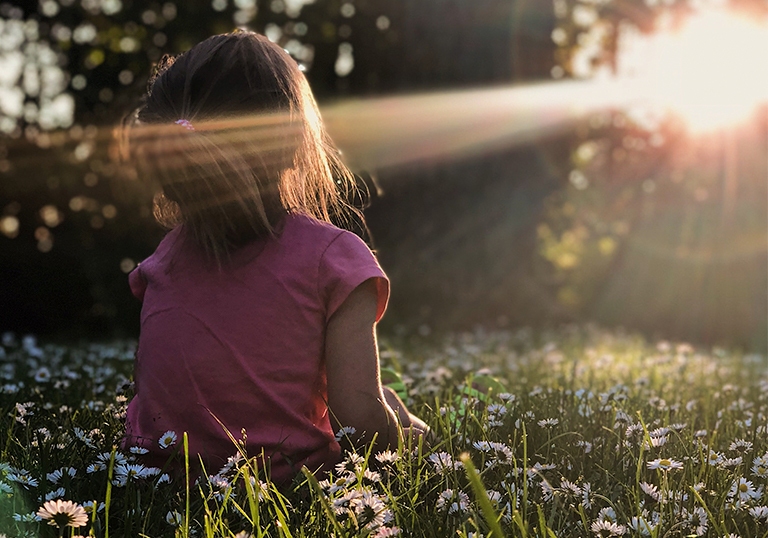 The illusion of forging a legend, to materialize what we all carry inside and give meaning to our lives, to achieve a dream, which as Coelho said, is pursued by paying attention to the signs that put us on the way to write our personal legend. 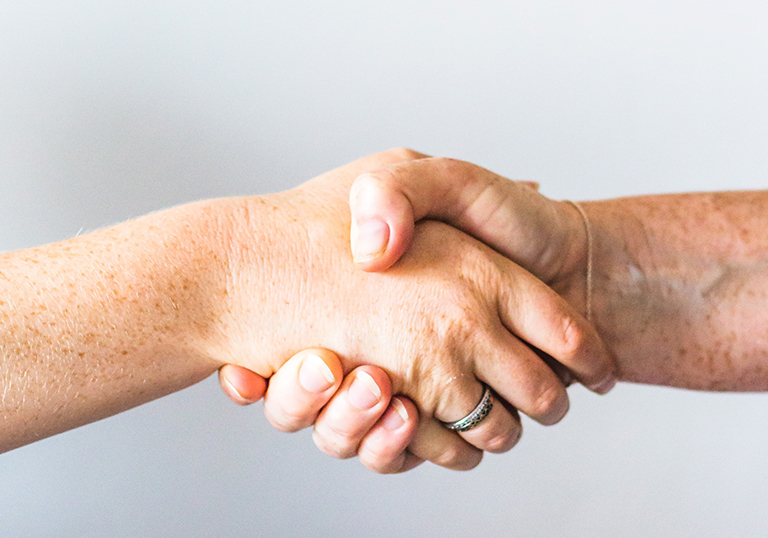 The commitment to recover the best of a legendary grape, the prieto picudo. 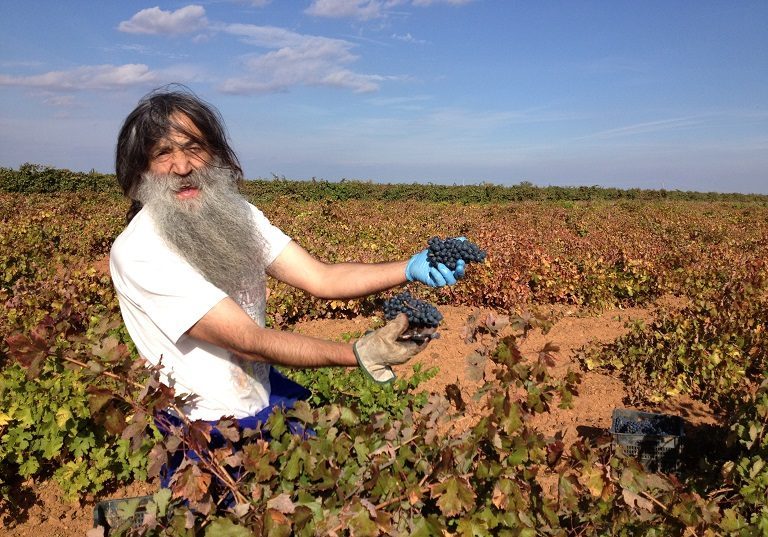 And the work of many people, hard work, sometimes thankless, but always essential. Women and men becoming humble legends of life every day.

The Story in First Person

To understand the project, it is necessary to talk about Pedro, Pedro González Mittelbrunn, one of the founding partners and promoter of Leyenda del Páramo. 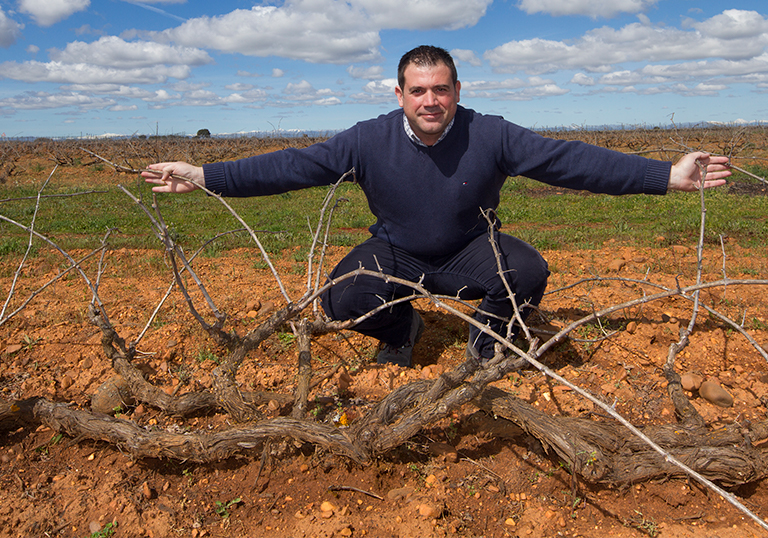 He is and has been a key player in the recovery of the prieto picudo, a local variety (centenary, unique and autochthonous) almost forgotten. First as a defender of the variety within the appellation of origin, then as technical director in one of the main wineries in León and now, at the head of the development of Leyenda del Páramo.

Pedro lit the fuse of this adventure in 2009, he made the first vintage of Leyenda del Páramo on his own, thus anticipating the birth of the Winery.

Agronomist Engineer and Master in Viticulture and Oenology, he teaches as Professor of Oenology in postgraduate courses at the University of León and holds the position of General and Technical Director of Leyenda del Páramo.

That first harvest..., was a challenge, a bet for the prieto picudo, for our winery, as the harvest was processing the project was taking shape, they were hard times, of uncertainty, of risk, but it was worth it! 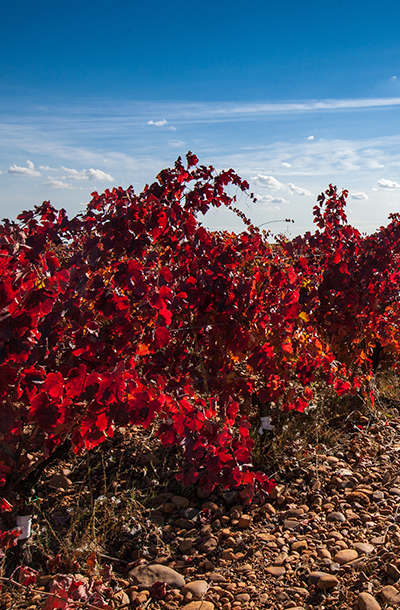 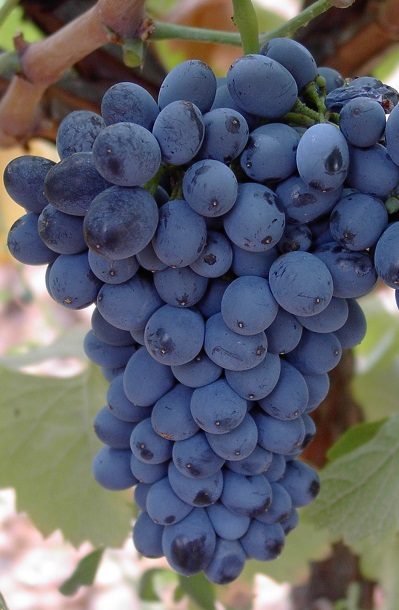 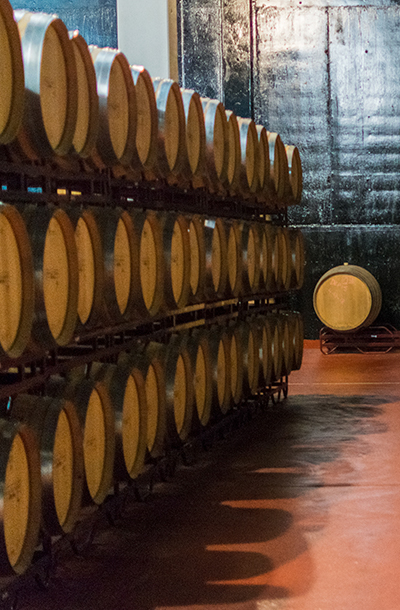 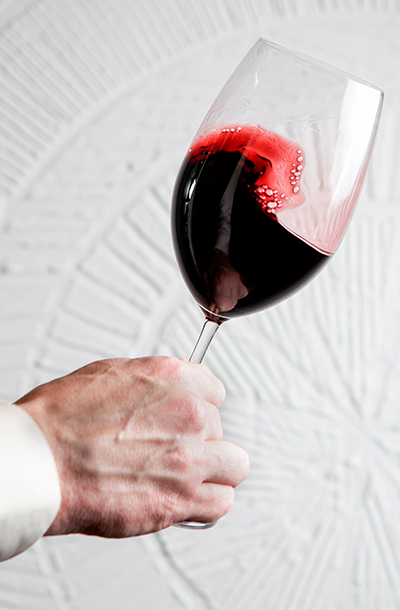 Another fact, which very few people know, is that in the southern part of the province of León there are the largest wine cooperatives in Castilla y León, which gives us an idea of the grape production that was handled in the area.

The idea is not to detract from the prestige of other areas, but to reclaim the importance and prominence that the southern part of the province of León deserves.

The uniqueness of The Paramo region lies in the landscape itself, with its cave cellars that dot the architecture of its villages and the legendary prieto picudo, the very rare grape that gives life to the fields of Valdevimbre, Los Oteros and Cea.

Spaces excavated in small clayey hills that take advantage of the unevenness to form subway galleries. Inside these caves, with the low temperatures of the subsoil, an ideal micro-climate is formed for the production of the famous Prieto Picudo wines. 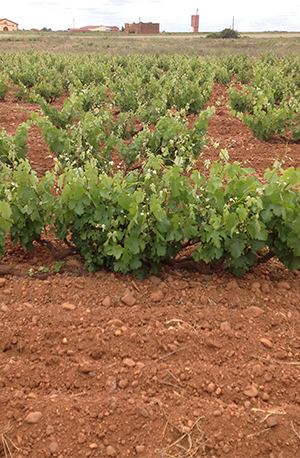 The history of wine in our province has its origin before the Christian era. It is estimated that the Greeks and Phoenicians brought the vine to the peninsula between 1100 and 400 years before Christ.

The cultivation of this plant has much to do with human evolution and the transformation of nomadic peoples into sedentary ones. The vine needed at least 3 years of care to begin to bear fruit, which meant that those who worked the land and their families had to remain stable in places close to the plantation.

In León, as in many other places, the settlement of vineyards was born in the monastic period and began to take on real importance from the 12th century onwards, when the pilgrimages to Santiago de Compostela became numerous. Along the Camino , urban settlements and villages grew and with them, the life of the communities and the consumption of food.

For a long time, the nobility protected and abused, but also nurtured the practice and elaboration of wine. The common people tilled, harvested and fermented the wine in their cellars, which allowed them to pay rents and tithes. The cultivation of vineyards, although highly dependent on inclement weather, was more profitable and more productive than other types of labor.

The transfer of the court of Philip II from Valladolid to Madrid was a turning point, an involution in the development of viticulture in León. The courtiers were great consumers of wines and also used to lease their lands for such crops. Physical remoteness initiated problems with transportation and competition. The "Frenchification" only made things worse because fashion forced people to try to imitate the softer and lighter French wines. The 19th century was already disastrous for Leonese wine; vineyards were destroyed due to battles and towards the end of the century phylloxera arrived, an implacable disease that annihilated our viticulture.

The resurgence of productivity came in the twentieth century, grafting American vines managed to save diseased plants. And only thanks to the work and the people's desire to overcome structural difficulties such as the lack of land consolidation and the introduction of irrigation. 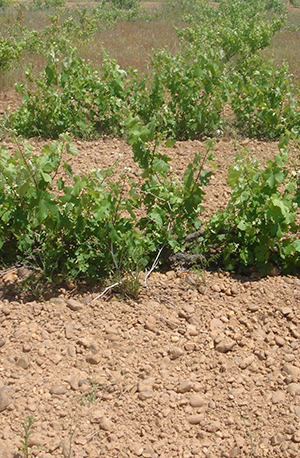 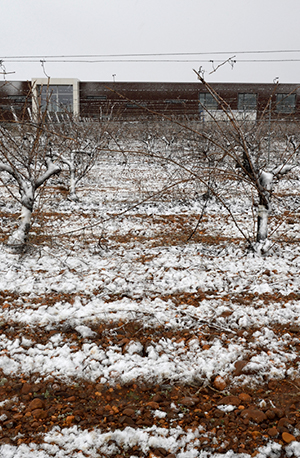 The geographical limit places the area in a cold Mediterranean climate, but the high altitude of the moor and the proximity to the Cantabrian mountain range modify the climatic characteristics giving rise to an extreme continentality..

As for temperatures, they never exceed 15ºC below zero in winter, nor 40ºC in summer. Spring frosts are feared and recurrent in our vineyards, as they usually coincide with the beginning of budbreak, at the end of April. During the period from flowering to veraison, the average temperature is always above 20ºC.

We have a rigorous and long winter with persistent fog and frost, an irregular spring and summer and a mild and generally rainy autumn (around 500 mm).

The accumulation of polyphenols and aromas in the grapes is greatly favored thanks to the extreme temperature oscillation between day and night. The berry also benefits from the high luminosity in the area, 2700 hours of sunshine per year, which gives uniformity to its ripening. 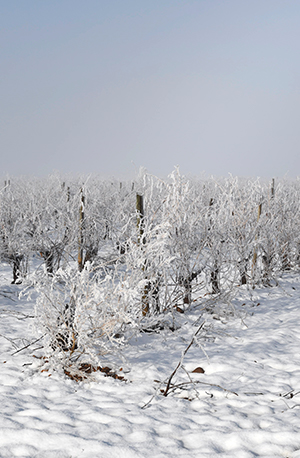 All soils are suitable for cultivation, are located between 800 and 900 m altitude and are divided into: 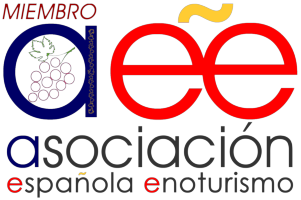